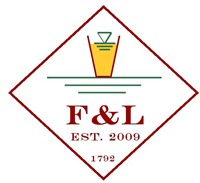 Here on the edge we are  centrally located between Sequim, Port Angeles and Canada.  Fathom & League Hop Yard Brewery is on the Salish Sea, easily accessible by car via ferry and floating bridge.

Brewed monthly, in one of the smallest breweries in the world. Sweet malt and bitter hops are in harmonious balance.  English, German and Czech traditions are as strong as our Northwest roots.

Real Hand-Crafted Beer Awaits you from the Edge of the World.

Our beers are served with the greatest local food from the North Olympic Peninsula.  We carry on the intrepid spirit of the mariner-brewers of 1792!